Vulnerability data is continuously imported from a known set of sources and correlated with the indexed contents of container images in order to produce lists of vulnerabilities that threaten a container. When vulnerability data changes upstream, a notification can be delivered, and the API queried to provide the previous state and new state of the vulnerability along with the images affected by both. All major components can be extended programmatically at compile-time without forking the project.

To build Clair, you need to latest stable version of Go and a working Go environment. In addition, Clair requires that git, bzr, rpm, and xz be available on the system $PATH. 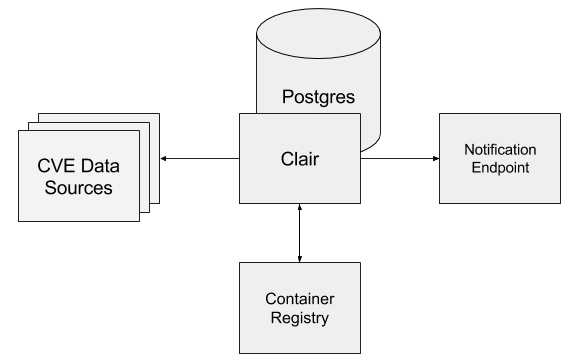 The major components of Clair are all programmatically extensible in the same way Go's standard database/sql package is extensible. Everything extendable is located in the ext directory.