There are n bulbs that are initially off. You first turn on all the bulbs, then you turn off every second bulb.

Return the number of bulbs that are on after n rounds. 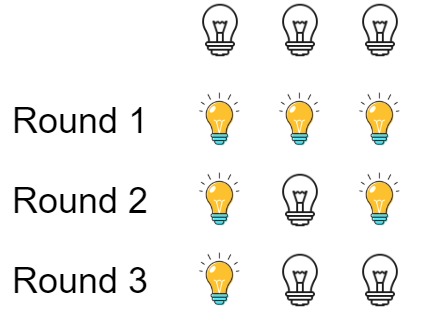