An RTSP stream access tool that comes with its library 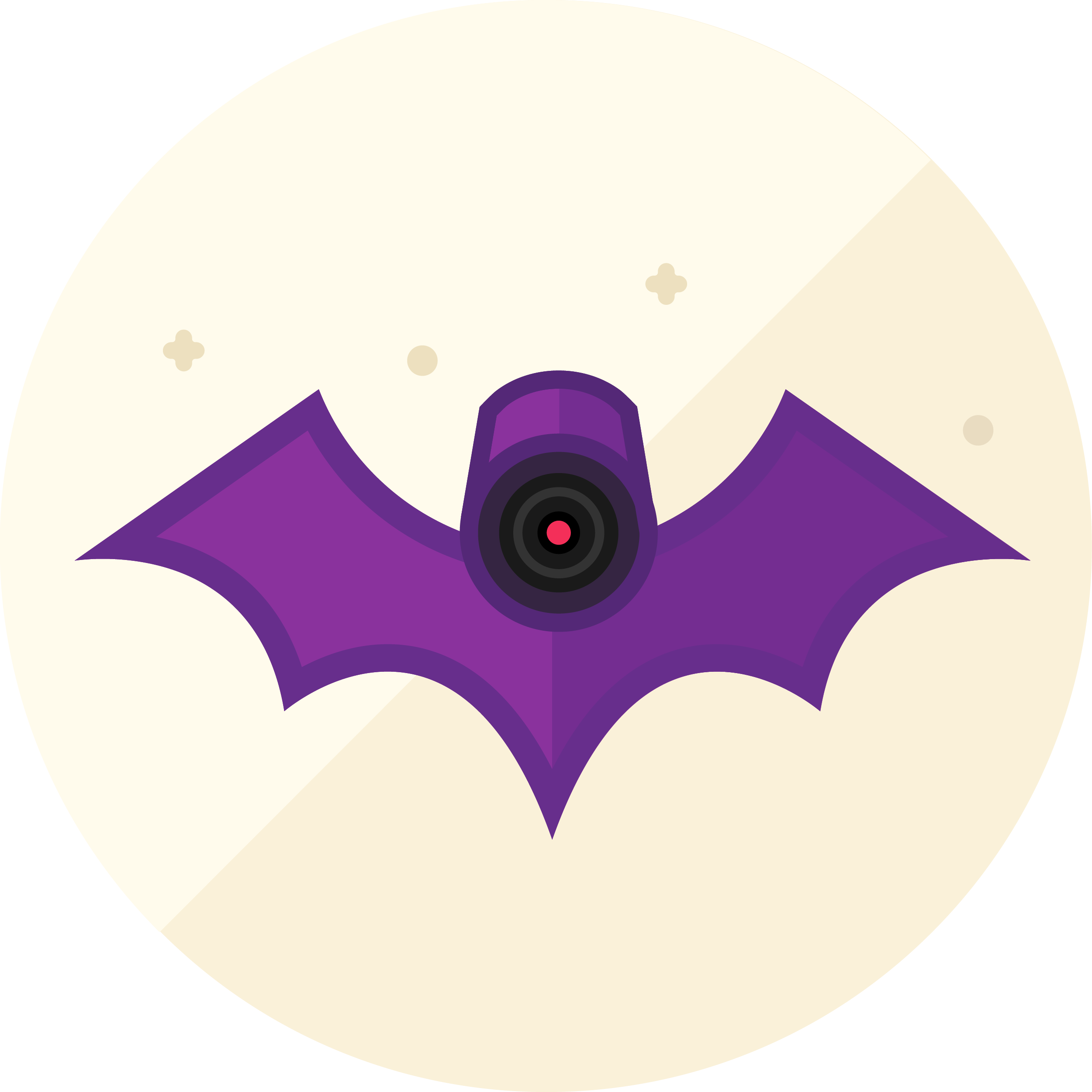 Install docker on your machine, and run the following command:

Installing the binary on your machine

Only use this solution if for some reason using docker is not an option for you or if you want to locally build Cameradar on your machine.

Make sure you installed the dependencies mentionned above.

The cameradar binary is now in your $GOPATH/bin ready to be used. See command line options here.

Dependencies of the library

After this command, the cameradar library is ready to use. Its source will be in:

You can use go get -u to update the package.

Here is an overview of the exposed functions of this library:

You can use the cameradar library for simple discovery purposes if you don't need to access the cameras but just to be aware of their existence.

This describes the nmap time presets. You can pass a value between 1 and 5 as described in this table, to the NmapRun function.

Here are the different data models useful to use the exposed functions of the cameradar library.

The RTSP port used for most cameras is 554, so you should probably specify 554 as one of the ports you scan. Not specifying any ports to the cameradar application will scan the 554, 5554 and 8554 ports.

You can use your own files for the ids and routes dictionaries used to attack the cameras, but the Cameradar repository already gives you a good base that works with most cameras, in the /dictionaries folder.

This will put the contents of your folder containing dictionaries in the docker image and will use it for the dictionary attack instead of the default dictionaries provided in the cameradar repo.

If you have VLC Media Player, you should be able to use the GUI or the command-line to connect to the RTSP stream using this format : rtsp://username:password@address:port/route

This variable is mandatory and specifies the target that cameradar should scan and attempt to access RTSP streams on.

This variable is optional and allows you to specify the ports on which to run the scans.

It is recommended not to change these except if you are certain that cameras have been configured to stream RTSP over a different port. 99.9% of cameras are streaming on these ports.

This variable is optional and allows you to specify on which file nmap will write its output.

This can be useful only if you want to read the files yourself, if you don't want it to write in your /tmp folder, or if you want to use only the RunNmap function in cameradar, and do its parsing manually.

These variables are optional, allowing to replace the default dictionaries with custom ones, for the dictionary attack.

This optional variable allows you to set custom nmap discovery presets to improve speed or accuracy. It's recommended to lower it if you are attempting to scan an unstable and slow network, or to increase it if on a very performant and reliable network. See this for more info on the nmap timing templates.

This optional variable allows you to set custom timeout value in miliseconds after which an attack attempt without an answer should give up. It's recommended to increase it when attempting to scan unstable and slow networks or to decrease it on very performant and reliable networks.

This optional variable allows you to enable a more verbose output to have more information about what is going on.

To build the docker image, simply run docker build -t . cameradar in the root of the project.

To build the project without docker:

The cameradar binary is now in the root of the directory.

See the contribution document to get started.

Cameradar does not detect any camera!

That means that either your cameras are not streaming in RTSP or that they are not on the target you are scanning. In most cases, CCTV cameras will be on a private subnetwork, isolated from the internet. Use the -t option to specify your target.

Cameradar detects my cameras, but does not manage to access them at all!

Maybe your cameras have been configured and the credentials / URL have been changed. Cameradar only guesses using default constructor values if a custom dictionary is not provided. You can use your own dictionaries in which you just have to add your credentials and RTSP routes. To do that, see how the configuration works. Also, maybe your camera's credentials are not yet known, in which case if you find them it would be very nice to add them to the Cameradar dictionaries to help other people in the future.

What happened to the C++ version?

You can still find it under the 1.1.4 tag on this repo, however it was less performant and stable than the current version written in Golang.

How to use the Cameradar library for my own project?

See the example in /cameradar. You just need to run go get github.com/Ullaakut/cameradar and to use the cmrdr package in your code. You can find the documentation on godoc.

I want to scan my own localhost for some reason and it does not work! What's going on?

Use the --net=host flag when launching the cameradar image, or use the binary by running go run cameradar/cameradar.go or installing it

I don't see a colored output :(

You forgot the -t flag before ullaakut/cameradar in your command-line. This tells docker to allocate a pseudo-tty for cameradar, which makes it able to use colors.

I don't have a camera but I'd like to try Cameradar!

Simply run docker run -p 8554:8554 -e RTSP_USERNAME=admin -e RTSP_PASSWORD=12345 -e RTSP_PORT=8554 ullaakut/rtspatt and then run cameradar and it should guess that the username is admin and the password is 12345. You can try this with any default constructor credentials (they can be found here)

Running cameradar on your own machine to scan for default ports

Running cameradar with an input file, logs enabled on port 8554

Permission is hereby granted, free of charge, to any person obtaining a copy of this software and associated documentation files (the "Software"), to deal in the Software without restriction, including without limitation the rights to use, copy, modify, merge, publish, distribute, sublicense, and/or sell copies of the Software, and to permit persons to whom the Software is furnished to do so, subject to the following conditions:

The above copyright notice and this permission notice shall be included in all copies or substantial portions of the Software.

THE SOFTWARE IS PROVIDED "AS IS", WITHOUT WARRANTY OF ANY KIND, EXPRESS OR IMPLIED, INCLUDING BUT NOT LIMITED TO THE WARRANTIES OF MERCHANTABILITY, FITNESS FOR A PARTICULAR PURPOSE AND NONINFRINGEMENT. IN NO EVENT SHALL THE AUTHORS OR COPYRIGHT HOLDERS BE LIABLE FOR ANY CLAIM, DAMAGES OR OTHER LIABILITY, WHETHER IN AN ACTION OF CONTRACT, TORT OR OTHERWISE, ARISING FROM, OUT OF OR IN CONNECTION WITH THE SOFTWARE OR THE USE OR OTHER DEALINGS IN THE SOFTWARE.

Package cmrdr provides methods to be able to discover and attack RTSP streams easily. RTSP streams are used by most IP Cameras, often for surveillance.

A simple example usage of the library can be found in https://github.com/Ullaakut/cameradar/tree/master/cameradar

The example usage is complete enough for most users to ignore the library, but for users with specific needs such as creating their own bruteforcing dictionary to access cameras, or running their own network scan, this library allows to use simple and performant methods to attack streams.

GetCameraAdminPanelURL returns the URL to the camera's admin panel

Curl is a libcurl wrapper used to make the Curler interface work even though golang currently does not support covariance (see https://github.com/golang/go/issues/7512)

AttackCredentials attempts to guess the provided targets' credentials using the given dictionary or the default dictionary if none was provided by the user.

AttackRoute attempts to guess the provided targets' streaming routes using the given dictionary or the default dictionary if none was provided by the user.

Discover scans the target networks and tries to find RTSP streams within them.