blanket is a tool that helps you catch functions which don't have direct unit tests in your Go packages.

If you don't want to install blanket locally, you can use the pre-built Docker image like so:

Say, for example, you had the following Go file:

and you had the following test for that file:

However, note that B doesn't have a direct test the way that A and C do. B is only "tested" in TestWrapper. Because all the functions are called, -cover yields a 100% coverage value. If you ever decide that wrapper doesn't need to call B anymore, and don't delete the function entirely, you'll have a drop in coverage. Running blanket analyze on that same package yields the following output:

Additionally, you can use the cover command to visualize those functions by passing in a cover profile. So if you run something like go test -coverprofile=coverage.out && blanket cover --html=coverage.out, a browser window will open that shows untested functions in red, functions without direct tests in yellow, and functions that are directly tested in green, like so: 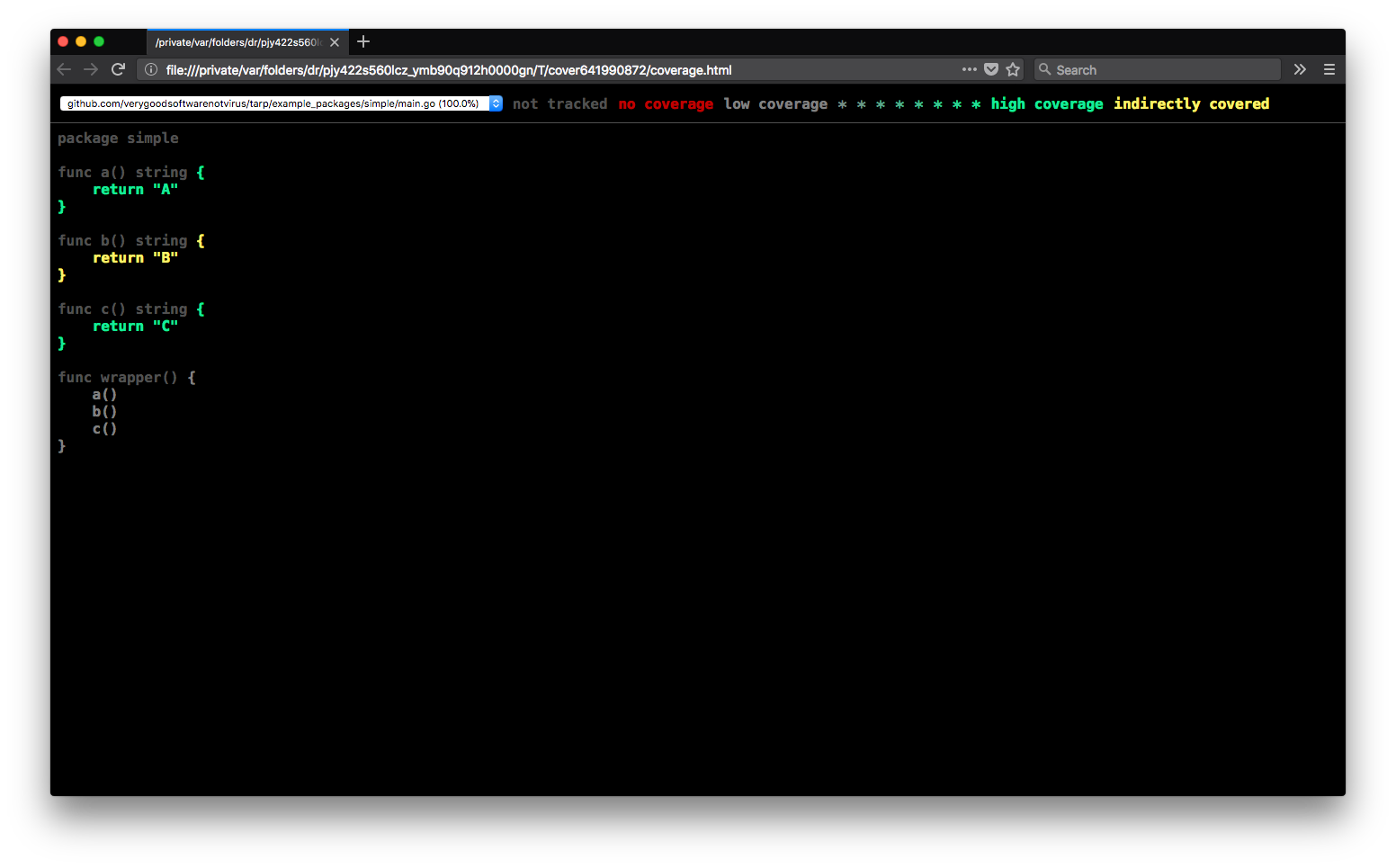 What blanket seeks to do is catch these sorts of things so that package maintainers can decide what the appropriate course of action is. If you're fine with it, that's cool. If you're not cool with it, then you know what needs to have tests added.

You can also use blanket in your CI pipeline to decline PRs that would add functions that don't have direct unit tests. As a matter of fact, blanket does just that for itself! Here is an example of such a scenario working on this very repository!

I think blanket could also be helpful for new developers looking to contribute towards a project. They can run blanket on the package and see if there are some functions they could easily add unit tests for, just to get their feet wet in a project.

If you've tried blanket on something and found that it didn't accurately handle some code, or panicked, please feel free to file an issue. Having an example of the code you experienced issues with is pretty crucial, so keep that in mind.

blanket doesn't adequately handle deeply nested method calls. So if you had something like this:

That should technically satisfy blanket's strict testing requirement, but it doesn't. Blanket can handle single-level selector expressions with great ease, but it doesn't recursively dive into those selectors for a number of reasons.